Why 45 years of service experience will also benefit you? 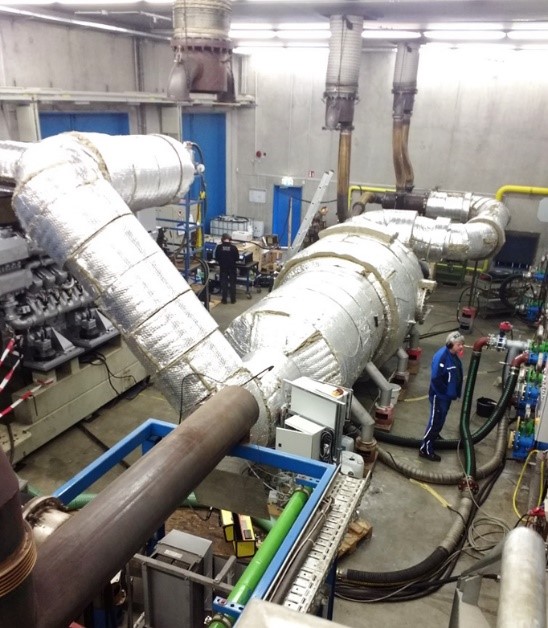 When was SDT founded?

In September 1976, the founders of Schiffsdieseltechnik Kiel, Off, Große-Hellweg and Benning, certainly did not imagine that the hall they had at that time would one day be insufficient for the ever-increasing size of engines and generators. 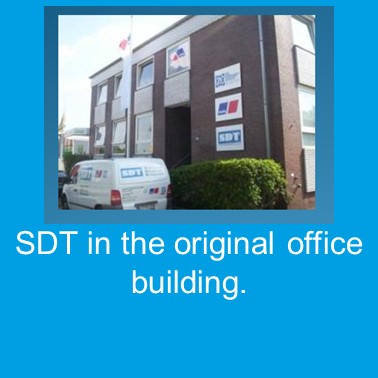 At that time, the 600m² production and workshop area was supplemented by 150m² of office space. 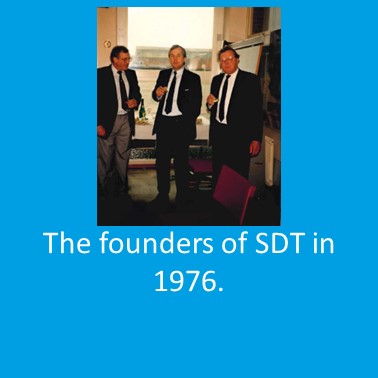 The entire production, test runs, service and maintenance work happened on 600m² area. As a distributor for ZF and Mercedes Benz, Schiffsdieseltechnik began in 1986/1987 with the design and manufacture of on-board and emergency power supply units for ships. MTU appointed Schiffsdieseltechnik as distributor for marine engines of the 099 and 183 series, followed in the early 1990s by the takeover of worldwide spare parts supply for Wizemann marine engines based on Mercedes Benz engines. 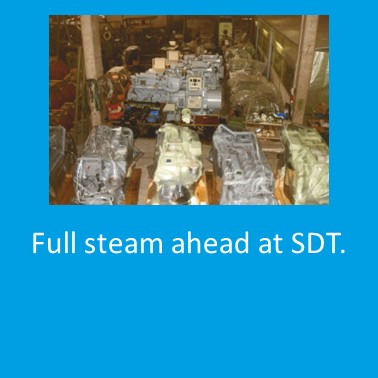 Which engines are in the service of SDT?

As a Vetus dealer, SDT distributed engines and spare parts, accessories and equipment for yacht operation from Kiel. 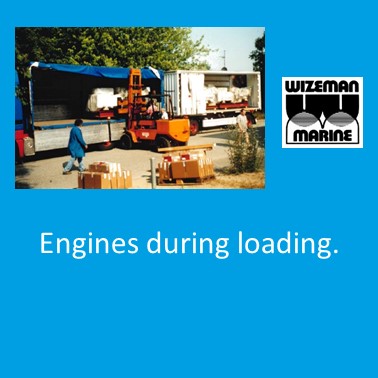 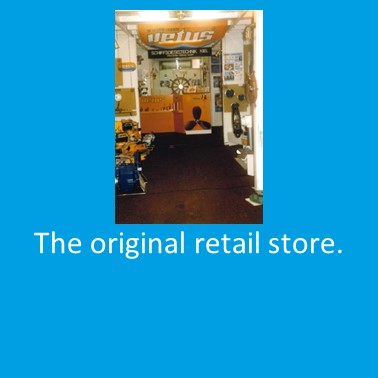 The spatial confinement continued to increase 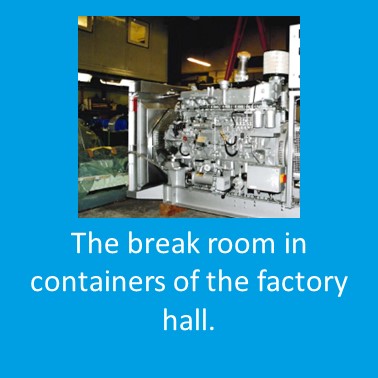 When did SDT become a service partner of MTU, today known as a brand of "Rolls-Royce Power Systems AG"?

The cooperation with MTU, now known as the Rolls-Royce Power Systems AG brand, culminated in 2005 in the direct-dealer contract for marine engines throughout northern Germany.

The new shareholders instructed the management to look for new production space. The desired location in Kiel could not be realized, but Rendsburg offered an industrial site on the waterfront, so that planning could begin at the end of 2006.

This included both the premises and the equipment for the halls and offices. Permanently installed cranes, test stands, mobile measuring and testing equipment, EDP networks, programs, etc. rounded off the planning and subsequent equipment.

In spring 2008, Schiffsdieseltechnik moved to Kieler Straße 177 in Rendsburg and took into operation a production area of 1,100m² plus 300m² test bench area, which was supplemented by 250m² storage and shipping area as well as 400m² office and social rooms. The move was completed, the Vetus activities were abandoned. 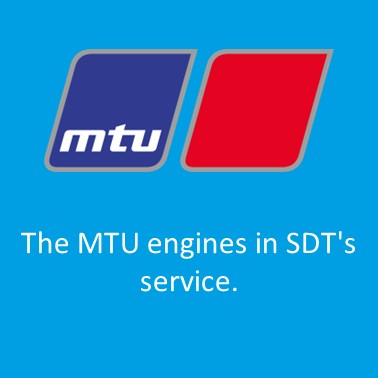 Most of the employees moved with them to the new premises. Thanks to the new attractive possibilities, the Schiffsdieseltechnik Kiel gained new qualified personnel and the increasing order volumes could be implemented in a suitable size.

The service and maintenance sector picked up more and more speed. Due to the construction of various offshore wind farms, Schiffsdieseltechnik established a branch office on the island of Helgoland in 2011. 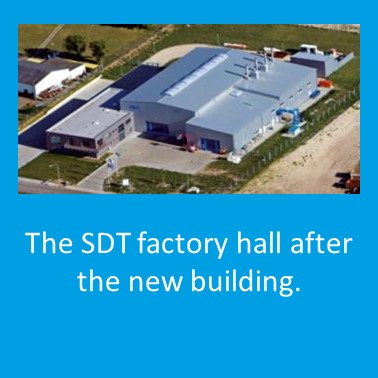 A supply of ships on site was thus established. The service grew and through the further representations for FPT-Iveco and Volvo Penta as service partners in 2012, Schiffsdieseltechnik founded new branches in Wilhelmshaven and Stralsund in 2015. 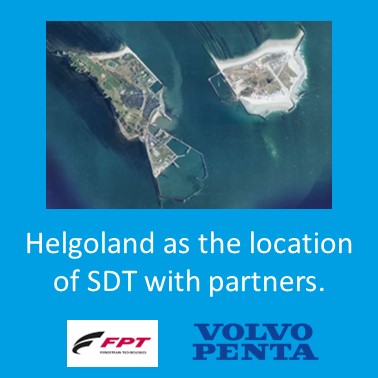 This also became necessary in order to be able to meet the requirements of customers on both the North Sea and Baltic Sea coasts.

In order to comply with the constantly increasing climate protection requirements for the reduction of emissions, the ship diesel technology won the company STT- emtec as a partner for the supply of exhaust gas aftertreatment systems already in 2012. 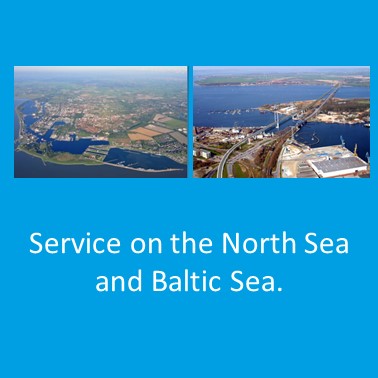 Due to the expanded contacts in the market segment, in 2017 Schiffsdieseltechnik succeeded in obtaining representation for service and sales for John Deere marine engines. 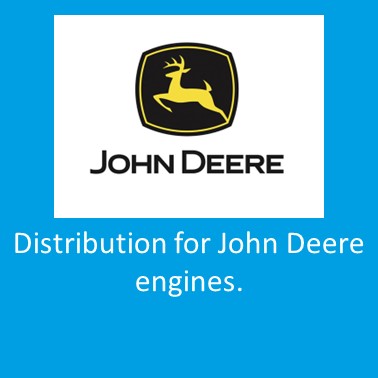 Due to the constantly growing demand for energy, the need for power generators is also increasing. Also in 2017, Schiffsdieseltechnik established a cooperation with the Portuguese producer Grupel S.A. for NEAs.

A coverage of the power ranges needed in the stationary sector was found. By combining the components, used in the maritime and stationary area, Schiffsdieseltechnik manufactures plants for power generation according to customer requirements at the Rendsburg site.

How does the test stand complete the package in the north?

Up to 7.2 MW can be run on the test stand at the Rendsburg site.

Certification by required class is possible.

On its own test rig, the Schiffsdieseltechnik Kiel department offers

current measurements and network analyses of a comprehensive nature.

(larger on request) complete the package.

Furthermore, it is possible to use the test bench for exhaust gas certification of exhaust gas aftertreatment systems independent of the engine manufacturer. 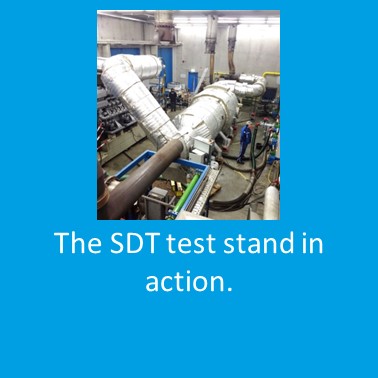 In addition to the areas of new construction, service, and spare parts, Schiffsdieseltechnik has been conducting its own research and development projects for many years. In 2015, for example, an 800 kW engine was successfully converted to LNG fuel.

Currently, Schiffsdieseltechnik is involved in two R&D networks for the development of alternative propulsion systems for ships. 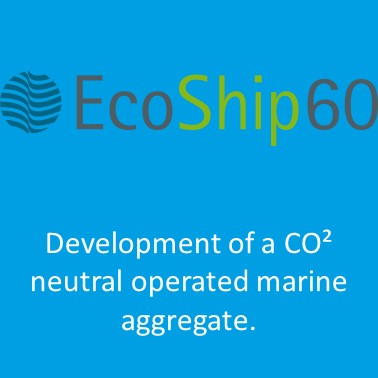 In the course of the ECOShip60 network, the development of a CO²-neutral operated marine aggregate is carried out in theory. At the same time, a test bench including the necessary periphery for ship hybrid drives is discussed, which on the one hand can be used flexibly due to its modular design, and on the other hand can also test all peripheral components necessary for operation. The greatest challenge is to test hybrid systems with diesel engines or gas engines as well as fuel cells in combination with electric motors and batteries on one test bench. 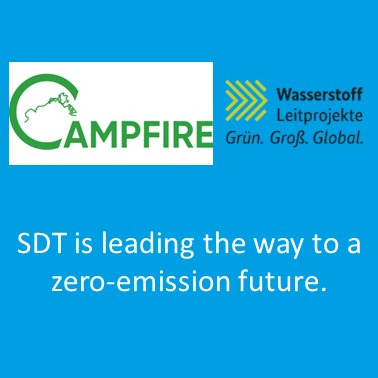 How does SDT want to move into the future for you?

"Campfire- Wind and water to ammonia - maritime fuel and energy storage for an emission-free future" for green and CO2 reduced energy production on ships.

In this context, the use of ammonia as an alternative fuel in shipping is considered one of the keys to reducing CO² emissions.

In September 2021, SDT celebrated its forty-fifth anniversary and would like to thank all customers, business partners and employees who have remained loyal for so many years.

We look forward to the next decades with you.

If you would like to design your next project with us now, we look forward to hearing from you. 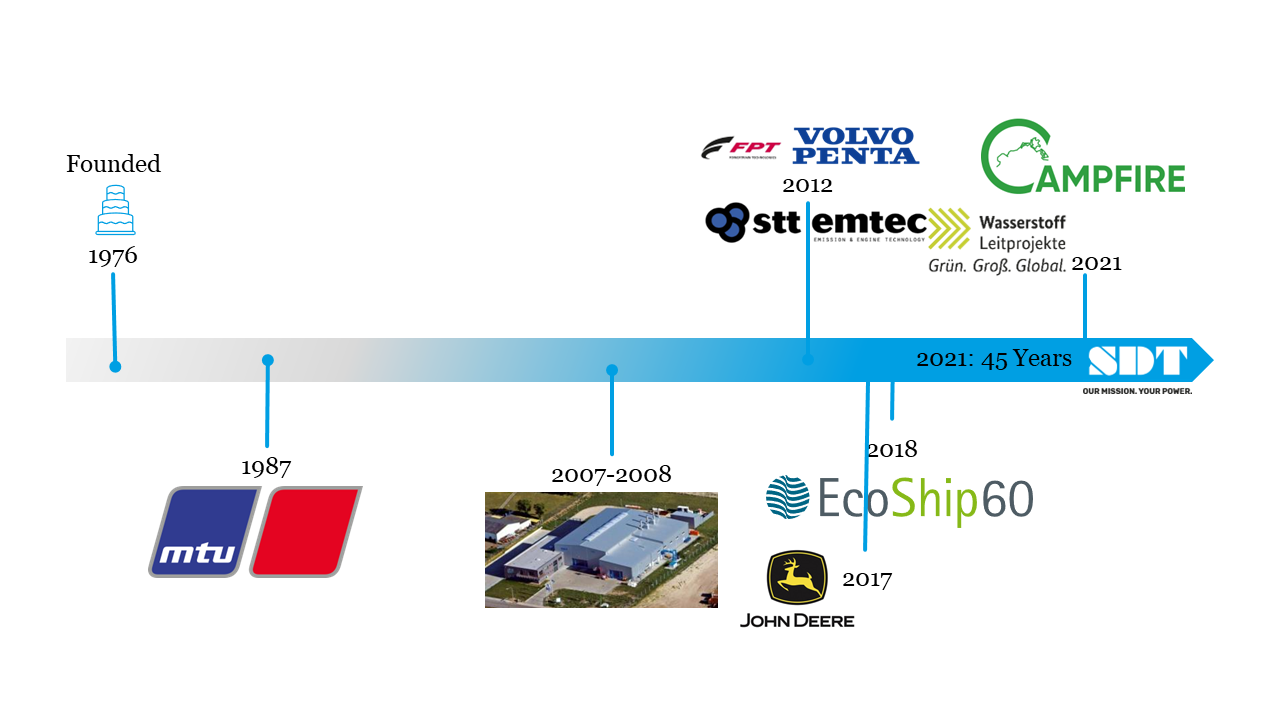